Chris Jarvis has worked as an actor and presenter with the BBC since the early 1990s, as an original presenter for CBeebies and in many popular shows such as The Demon Headmaster, ChuckleVision, and Step Inside.

Speaking to children in years 3 to 5, Chris shared his experiences in acting, what his role at CBeebies involves, and what it’s like to perform in a pantomime. He then went on to get the children to think about what they need to develop their own TV show, inviting them to learn about camerawork, greenscreen, and scriptwriting.

Jacob from year five said: “I liked it when he asked about all the things we would need to make a TV show. I knew lots of those things; I even knew what a green screen was used for.”

A natural children’s communicator, Chris gave an eye-opening and fun talk. The children particularly enjoyed his reading of a verse from Roald Dahl’s Revolting Rhymes and many were inspired to ask Chris questions themselves at the end of the assembly.

Chris has the incredible record of appearing professionally in pantomimes every year since 1995! This year is no different as Chris will be headlining Sleeping Beauty at the Wyvern Theatre in Swindon. It was a real honour for such a prestigious figure to share his knowledge and experience with our children.

Frankie from year four was particularly excited about one part of the assembly: "He spoke about being in a pantomime. I am doing one of those too so it was really cool to hear about all the things he has to learn to do his show."

At Drove Primary School, we are proud to deliver exciting events to our pupils that provide them insights into the wider world. By giving our children a taste of the creative work behind the TV shows they watch, we hope to inspire them and boost their motivation to learn.

Everyone at our school would like to give a huge thanks to Chris for putting on such a great show. We’re sure our students will remember this assembly for a long time. If you’d like to see Chris in action yourself, the pantomime Sleeping Beauty will be running from Saturday 7th December to Sunday 5th January at the Wyvern Theatre in Swindon. 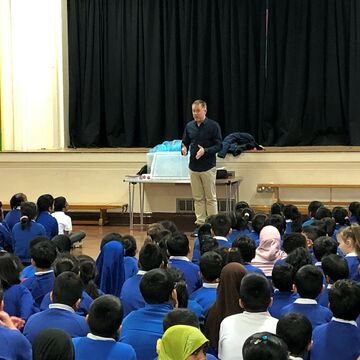 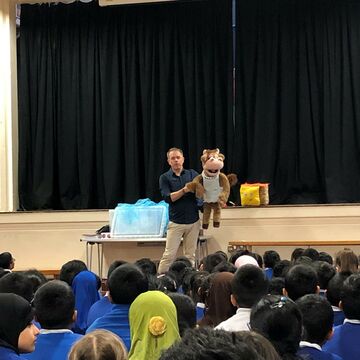 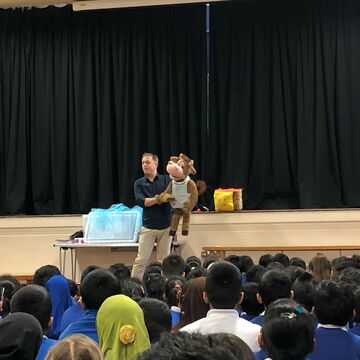 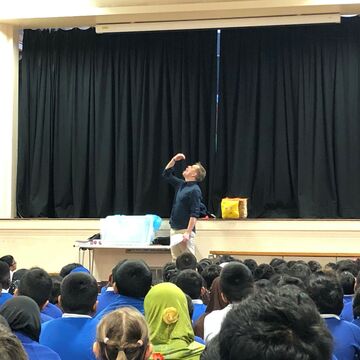 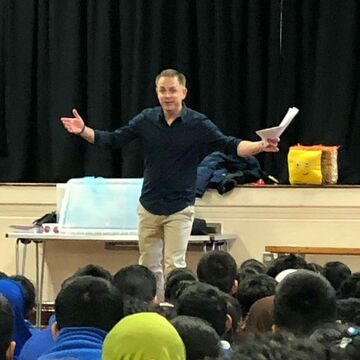